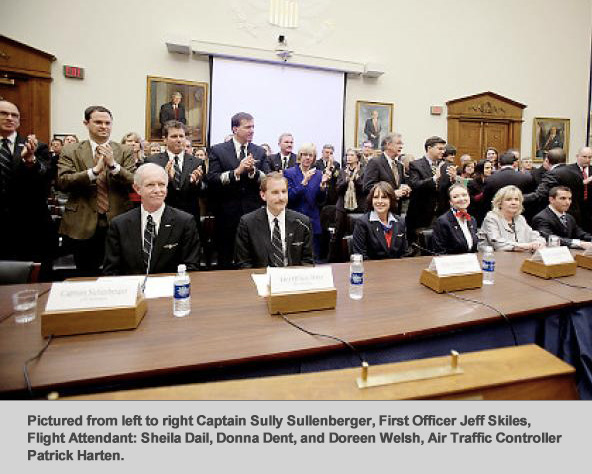 It is hard for me to believe that five years have passed since the Hudson River landing of Flight 1549. On the one hand, the details of that day are seared into my consciousness as though it were yesterday. On the other hand, January 15, 2009 feels like another lifetime ago.

I’ll confess that at first, it didn’t feel to me like a “miracle.” I was overwhelmed by the experience of the flight, the sudden attention and the pending NTSB investigation. I remember coming home to California and telling my wife Lorrie “I hope they know I did the best I could.” I didn’t know then that investigators would later conclude that my crew and I had made the best possible choices at each juncture and that our outcome was the best that could have been achieved under the circumstances. I am eternally grateful that every life was saved that day.

For me and my family, the past five years have been about learning to live as a public figure and coming to understand the enduring power of the story of Flight 1549 to inspire people and to give them hope that working together –even under the most difficult circumstances—people can do the right thing.

My First Officer Jeff Skiles and I resolved that we had to use the attention coming our way to do the most good, for the most people, for as long as possible. We felt that anything less than that would be a dereliction of duty. After a long and steep learning curve, the way my life has changed the most is that I now have a greater voice in the things I have cared about my whole professional life. I try to help in every way I can with advocating for safer aviation standards, for greater patient safety (using lessons from the culture of aviation) and for acting on behalf of the causes dear to my family, such as St. Jude’s Children’s Hospital, Guide Dogs for the Blind, and EAA Young Eagles.

Over the past five years, I’ve had the privilege of traveling the country and the world, meeting literally thousands of people, each with a story to tell. I am reminded daily of the unsung heroes who choose each day to do the right thing, even when it is not convenient or easy. They may not be as publicly tested as we aboard Flight 1549 were, or as widely noticed, but they are there. And that lesson is one from January 15, 2009 that I cherish the most.

I Am a Veteran