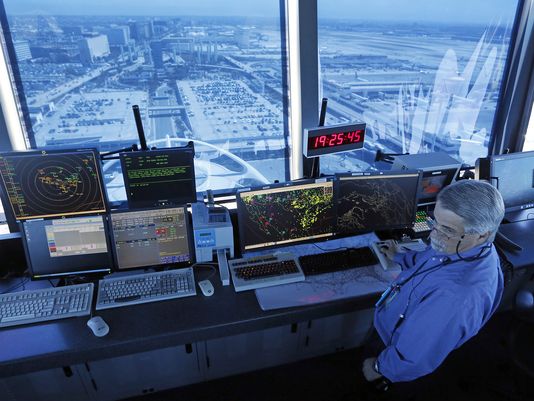 While air traffic controllers make the news anytime there’s a near miss or airline disaster, most fliers rarely give them a second thought. Unless, of course, they want someone to blame for a delayed flight. Here are five myths about these unseen workers who do their best to make sure all goes smoothly in the nation’s skies each day.

1. Air traffic control (ATC) comes down to a handful of overworked people watching the skies.

That may be Hollywood’s version of what goes on, but the fact is that there are approximately 15,000 federal air traffic controllers on the job every day at 315 FAA air traffic facilities around the country, managing more than 87,000 daily flights across U.S. airspace. At a major airport, there could be 50-plus controllers on duty at a given time while at an air traffic control center, the number is in the hundreds.

Numbers aside, “their basic job is to make sure that aircraft are separated from each other,” says Captain Chesley “Sully” Sullenberger, retired US Airways pilot, speaker, author and CBS News Safety & Aviation Expert. “They give pilots specific direction to maintain separation from each other, though pilots have a responsibility to see and avoid other aircraft when visibility allows.”

Capt. ‘Sully’ Sullenberger: Like Joe Biden, I Once Stuttered, Too. I Dare You to Mock Me.