What Chesley Sullenberger Never Travels Without

What should you do in a plane emergency? Leave everything behind

Capt. Chesley B. Sullenberger III is best known for his successful landing of a US Airways plane on the Hudson River in 2009, an event depicted in the Clint Eastwood-directed film “Sully,” now in theaters. Captain Sullenberger is currently the aviation and safety expert for CBS News, and he travels around the world speaking on topics related to airline safety and standards. 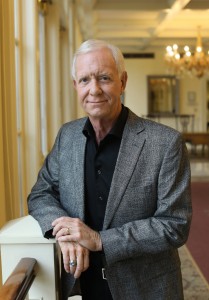 When flying for work, he’s mostly in the passenger seat. “I still fly myself privately on short-range business and family trips, but I’m on the major airlines all the time,” he said. Now retired from his job as a pilot with US Airways, when he flies commercial he has no particular favorite airline. “I travel on whoever has a flight going where I want to go, when I want to go, nonstop, with the largest airplane I can get on. That’s my strategy. Bigger airplanes, with two aisles instead of one, provide a better experience overall, and I think it’s more comfortable.”

Captain Sullenberger has a couple of tips for travelers. To start with, don’t take more than you need. “That makes it easier for everyone. As an airline family we’ve been through Europe with one roll-aboard apiece for a week. You just have to pack intelligently and mix and match.” He also recommends flying early in the day. “Especially in the summer time before the thunderstorms develop and the weather becomes more of a factor. If you take one of the first flights out in the morning, typically the airplane and the crew have arrived the night before. When you’re not waiting on an inbound flight, there are fewer delays.”